First Sunglasses on the Moon 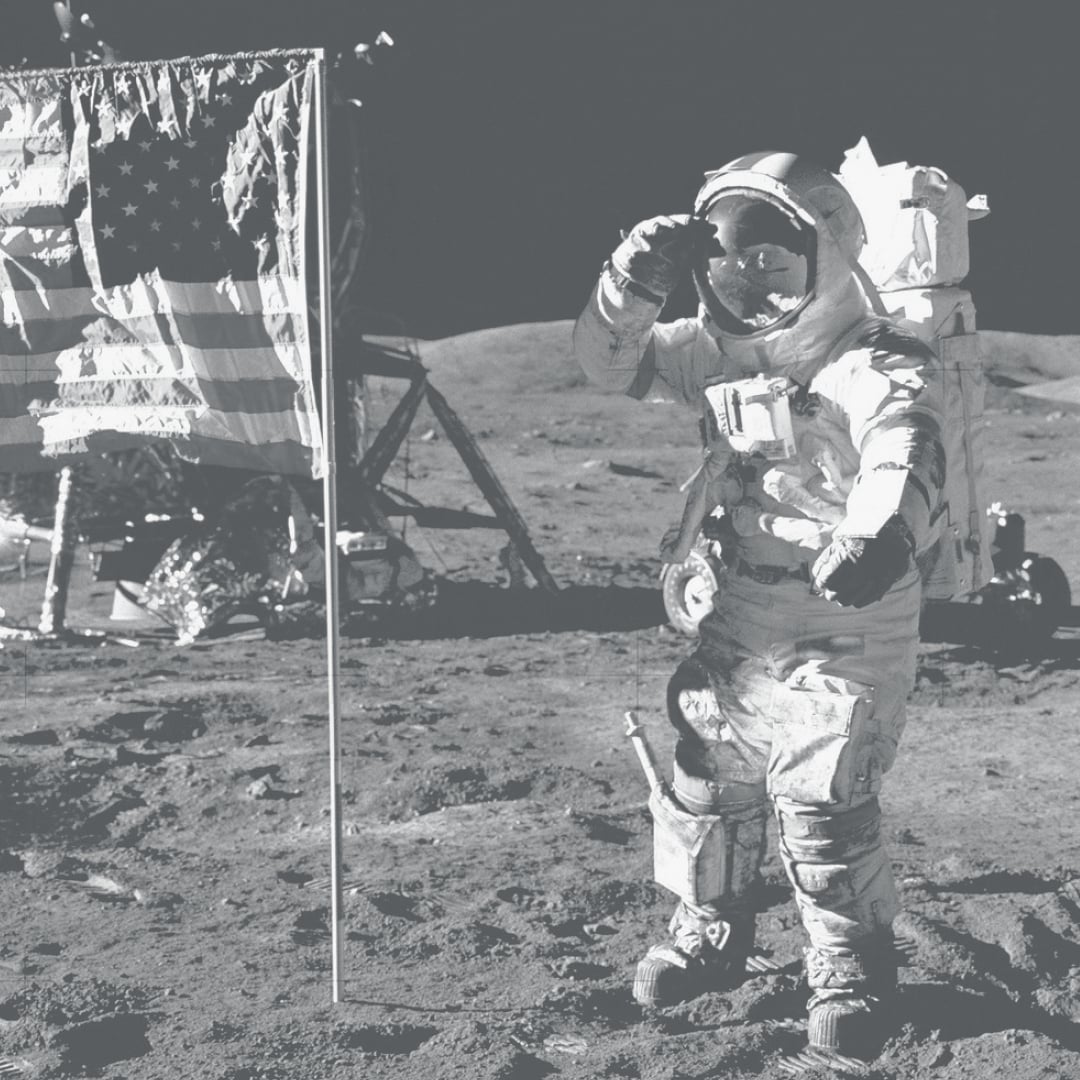 The Sunglasses That Landed on the Moon

When Neil Armstrong stepped on the moon and proclaimed “That’s one small step for a man, one giant leap for mankind,” it was also a monumental jump for American Optical. Long before man launched into space, AO sunglasses had been the choice of pilots, but space was a new frontier.

NASA began including AO’s FG-58 sunglasses, now the Original Pilot, in astronaut survival kits with the Gemini IV mission. You may be thinking, isn’t it dark in space? The survival kits were outfitted to provide the astronauts protection should they land in tough terrain when they returned to Earth. American Optical’s reputation for military-grade builds and top of the line optics made them a perfect supplier. After all, these sunglasses would be traveling nearly half a million miles. 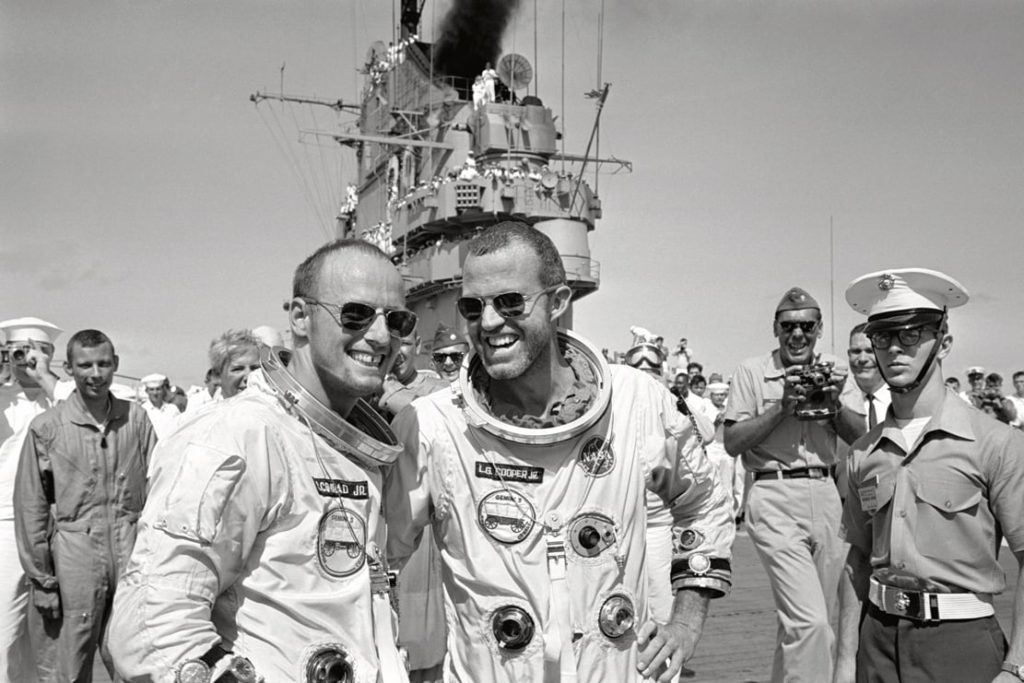 The entire Apollo 11 crew was outfitted with these kits, their sunglasses safely stored in a specially designed space case. When Neil Armstrong and Buzz Aldrin became the first men to walk on the moon, the AO FG-58 became the first pair of sunglasses on the moon. You can see the sunglasses astronaut Michael Collins carried on display at the Smithsonian Air and Space Museum. 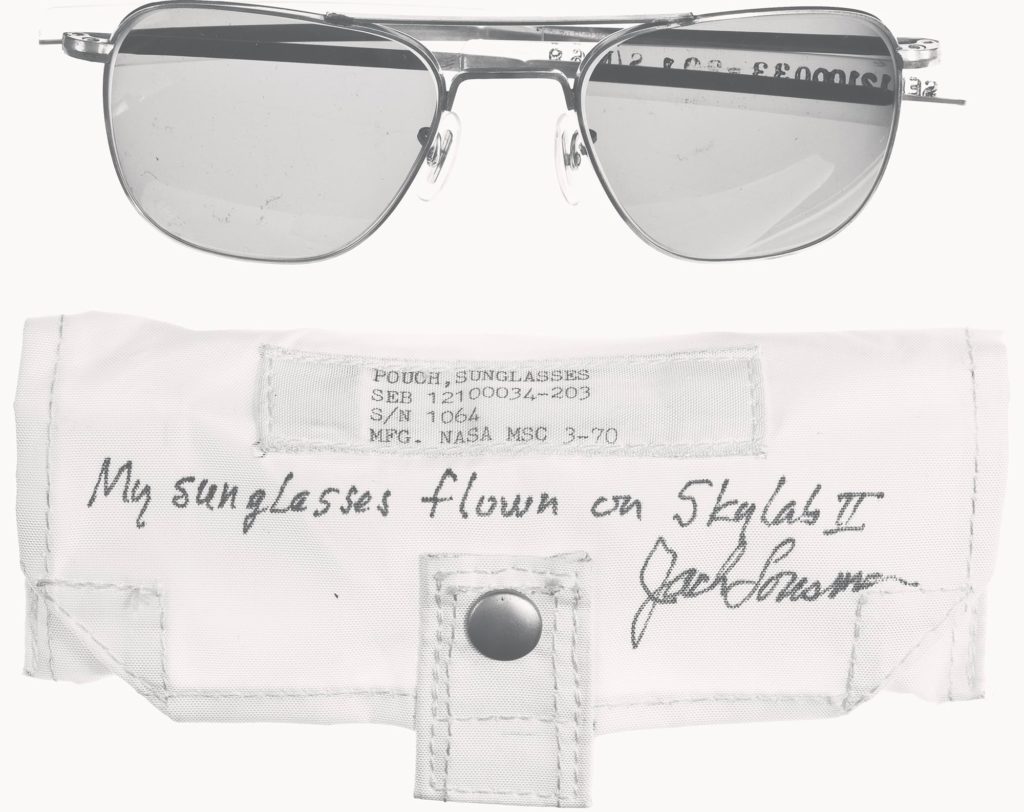 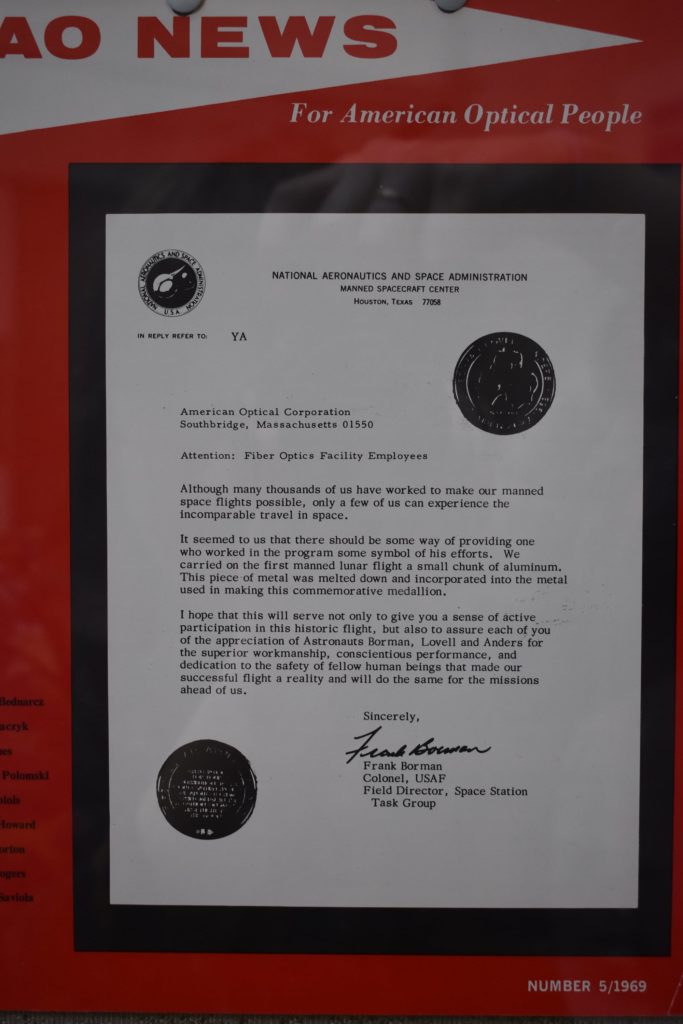 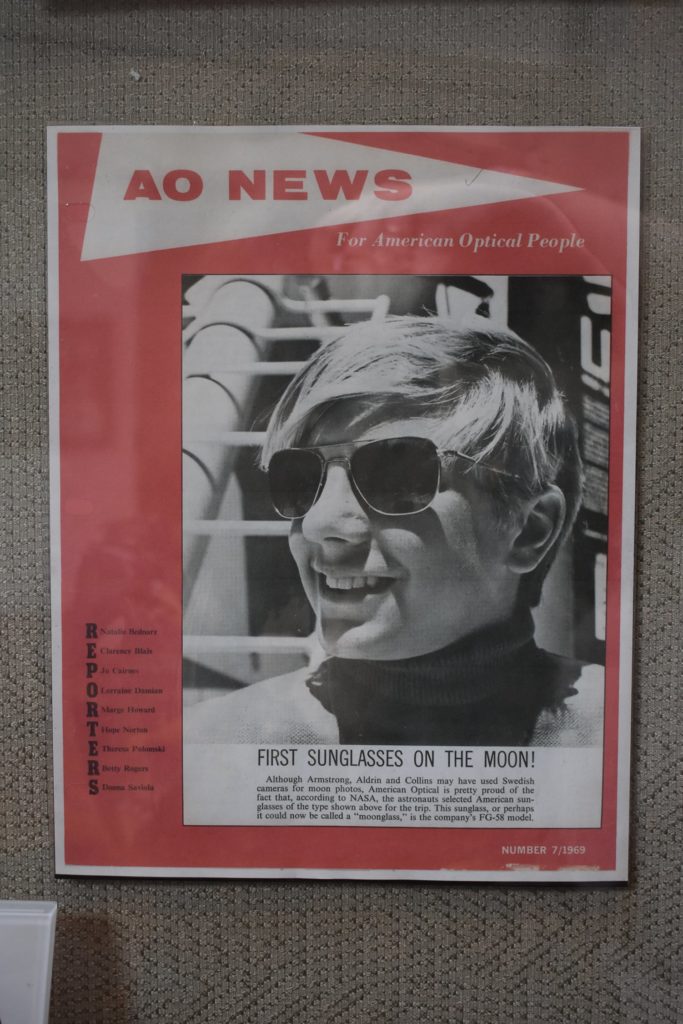 First Sunglasses on the Moon!

Learn more by visiting the Optical Heritage Museum for information on American Optical’s fiber optic contributions to the space race.